The man they called the 'human torpedo' - the secret underwater marauder who hit like no man hit before! — Lieutenant Braden discovers that Sally, the woman he's been falling in love with, has actually been checking out his qualifications to be a U.S. Navy frogman. He must put his personal life behind him after being assigned to be smuggled into a Japanese-held island via submarine to photograph radio codes. 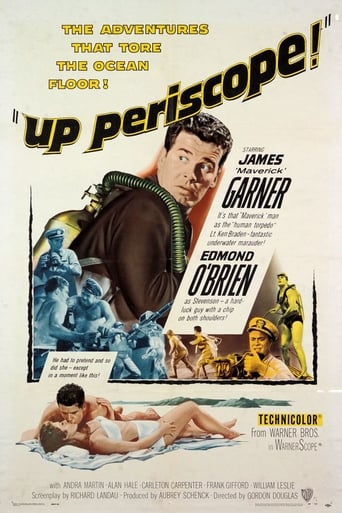