No one took him seriously. They do now. — In 2009, the small town of Cohasset, Massachusetts was rocked with tragedy. A 17-year-old high school senior named Collin Mason murdered three classmates. All the murders were videotaped and uploaded to the Internet via bit torrent sites and for three days, the world viewed the murders of these three innocent teens. Through legal action, the parents of the victims were able to remove all footage from the Internet and the town tried to save face by pretending it never happened. Bootleg copies of this footage are still passed around and downloaded through illegal means. The impact of this video is still being felt in Cohasset today. The video has become infamous, and is now referred to as The Cohasset Snuff Film. 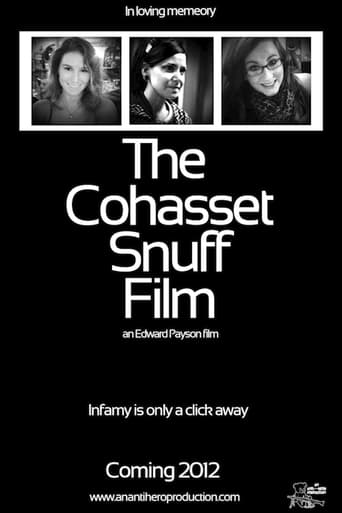