The Agony and the Ecstasy

From the age of magnificence comes a new magnificence in motion pictures. — Charlton Heston stars as Renaissance artist Michelangelo di Lodovico Buonarroti Simoni (6 March 1475 – 18 February 1564), who begrudgingly paints the Sistine Chapel for imperious Pope Julius II in this epic adaptation of Irvine Stone's novel directed by Carol Reed. While the novel covers Michelangelo's life from birth to death, the film focuses on the battle of wills between the perfectionist artist and the impatient Pope who commissions (and eventually commands) him to paint the famed chapel. 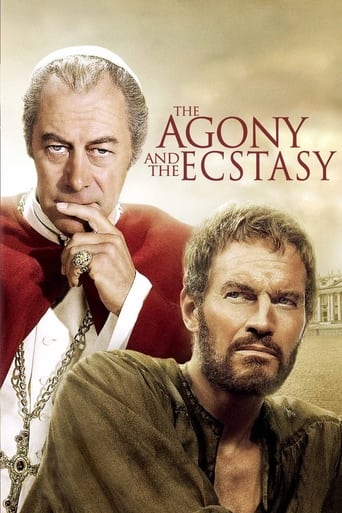