The Girl with the Moon Skin

Also known as The Sinner on UK VHS, this one could almost be mistaken for a D'Amato Black Emanuelle film (as well as Jess Franco who also had a film with the same video title). The Italian title translates as The Moon-Skinned Girl, a reference to the amazingly attractive Zeudi Araya, who made two other films with the same director. As a film it really typifies the 'eurotika' of the 1970s - the story concerns a couple with marital problems who escape to the Seychelles and the husband meets - and has an affair with - the title character. The wife meanwhile meets an ex-pat living there (Giacomo Rossi-Stuart!) with whom she has a fling. The couple realise their love for each other and return home stronger for it. 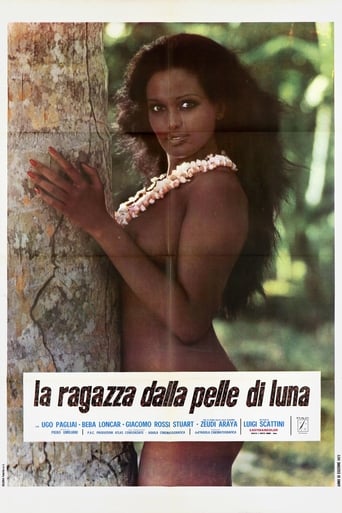